Nuttelex is proudly 100% Australian made and owned. 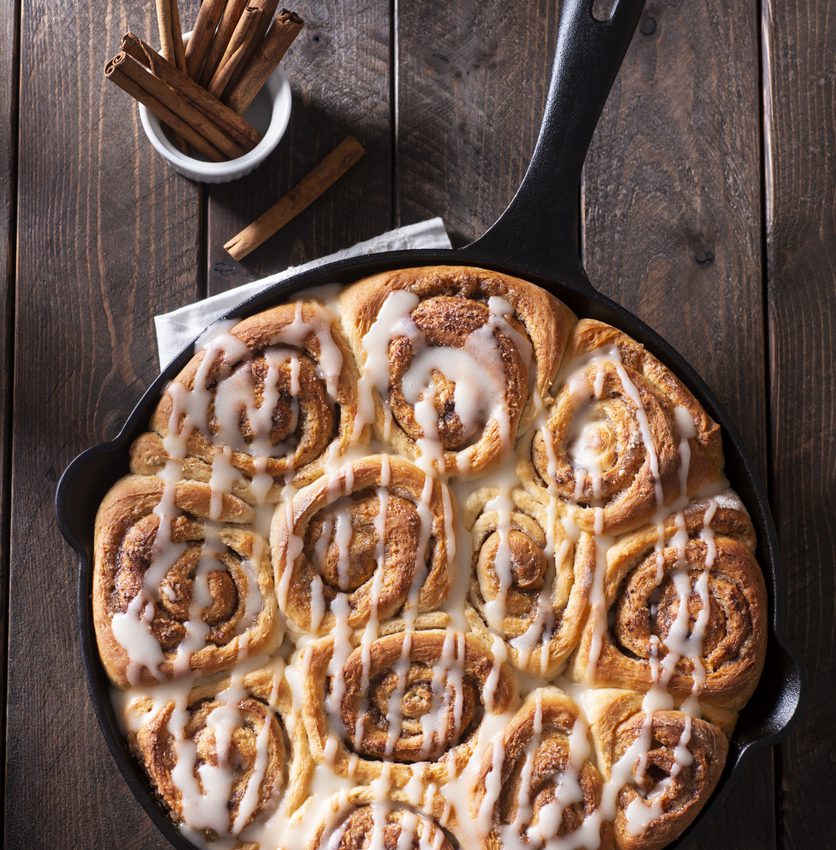 Fluffy cinnamon dough topped with a delicious vegan glaze- who could resist!

2 tbsp plant based Nuttelex for greasing

2Whisk the almond milk, melted Nuttelex, and sugar together in a large bowl then sprinkle the yeast evenly over the warm mixture and let set for 1 minute.

3Next, add the teaspoon of salt to the 5 cups (only) of the flour and mix into the milk mixture above until combined before covering the bowl with a tea-towel or plastic wrap and set aside to rise for 1 hour. A stand mixer with hook works well here.

4After 1 hour, the dough should have nearly doubled in size. Remove the towel and add the additional ½ cup of flour you set aside. Stir well, then turn out onto a well-floured surface. Knead the dough lightly, adding a little extra flour as needed until dough becomes lighter and less sticky.

5Use a rolling pin to roll-out the dough into a large rectangle, about 1 cm thick then spread the entire top with Nuttelex. Follow with brown sugar and cinnamon.

6Next take one end of the rectangle and slowly, and carefully roll up the dough keeping the roll tight as you gradually form a log.

7Next, roll log so the edge is facing down on the bench and clean up any ends that are uneven. Use a sharp knife to cut the log in half, then divide each half into 7 evenly sized slices.

8Place 7 rolls in each baking tin, one in the centre, six around the sides. Cover with plastic wrap and set aside to rise for 30 mins.

9After rolls have rested remove plastic wrap and bake in a preheated oven at 180˚C for 20-25 minutes, or until golden brown.

10Once cooled slightly, drizzle with glaze. To prepare the glaze simply whisk together icing sugar, almond milk, and vanilla until smooth.