Nuttelex is proudly 100% Australian made and owned.

Vegan + Gluten Free, this is a recipe almost everyone can enjoy it! Top it off with creamy coconut vanilla bean yoghurt.......and you're in heaven!

1 orange sliced in 5mm sections to be candied

160ml coconut milk (use tetra pack version if you can)

Nuttelex for greasing the baking dish

1Add to a medium sized saucepan the rhubarb, zest and orange juice, castor sugar, cinnamon, star anise cranberry juice and vanilla, and bring to the boil, then reduce heat to low and let simmer for 8 minutes for the flavours to develop.

2Next, separate the rhubarb and liquid, and carefully transfer the rhubarb to a bowl. Then use a fine sieve to strain the poaching liquid over the separated rhubarb and allow to cool completely at room temperature.

4Next, to make the glace, take half the strained poaching liquid (reserving the cinnamon quill, star anise & rhubarb in remaining poaching liquid until needed) and heat in a small saucepan till it boils. Then reduce the heat to medium, add orange slices & simmer for 10-15 minutes or until it's thick & syrupy. Remove from heat & allow to cool. Using a fork gently transfer orange slices to a prepared lined tray & bake for 15 min or until edges start to caramelize. When ready, take out of the oven & cool completely until ready to use.

5Now it’s time to prepare the cake mix. Use a small bowl and combine the gluten free flour, castor sugar, coconut milk & melted Nuttelex and whisk to form a batter.

6Next, take your greased skillet/baking dish and transfer the rhubarb batons to the base, (set the cinnamon and star anise spices aside). Pour the cake batter over batons. Lastly, use the back of a spoon to gently pour the remaining poaching liquid over the pudding. Then place in the oven & bake for 40 minutes until pale golden on top or until set. 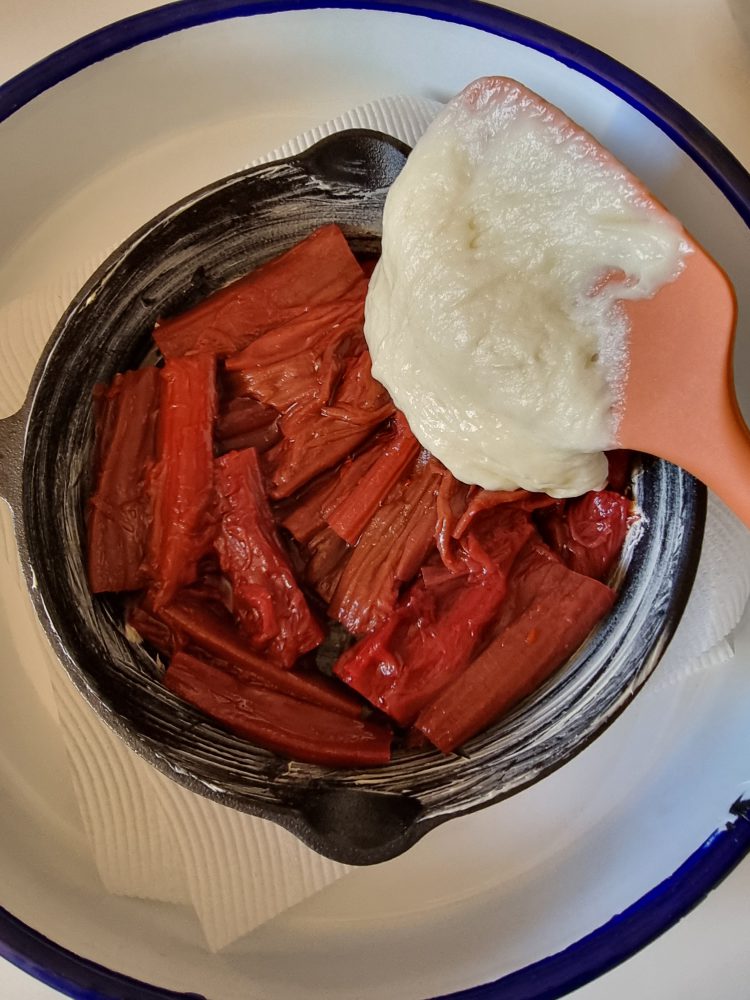 7To serve, place pudding on a heatproof platter or board, and drizzle with the prepared glaze. Decorate with the candied orange slices & cinnamon and star anise spices. As a final touch this pudding can be served with coconut vanilla bean yoghurt. 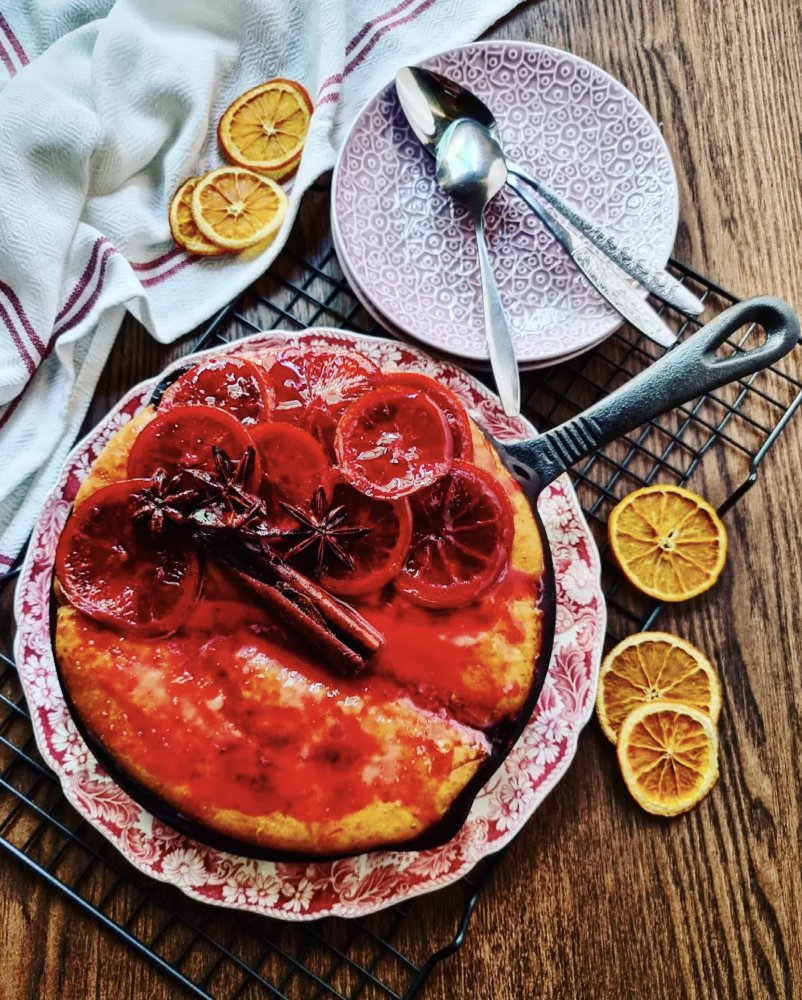 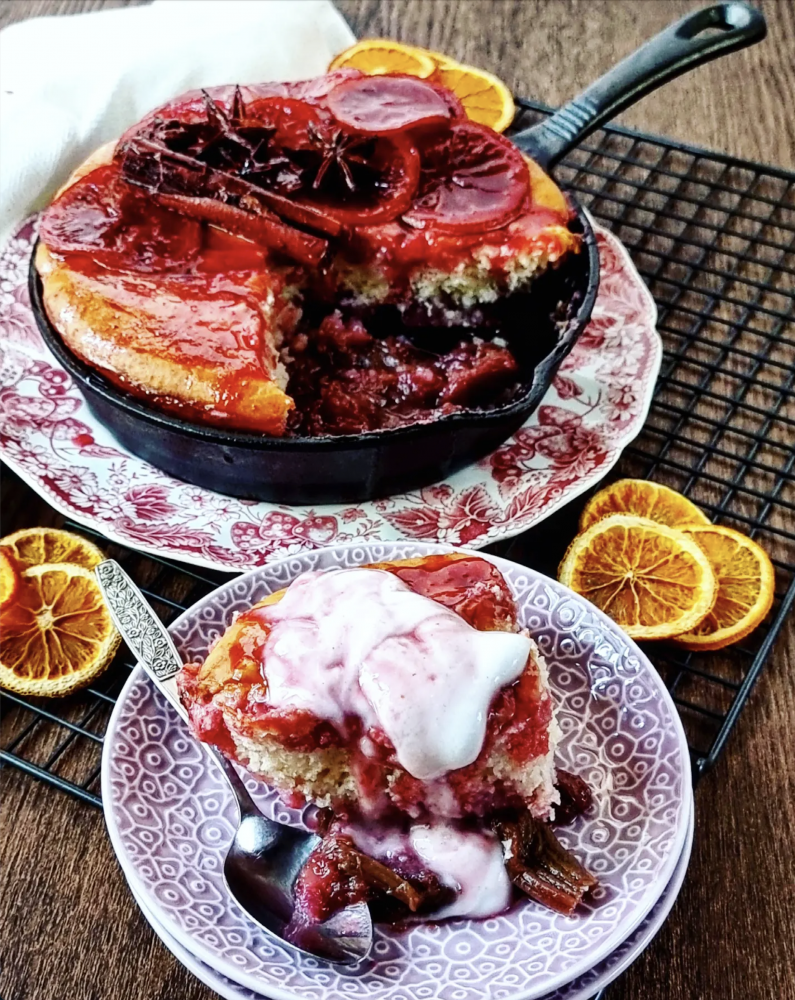